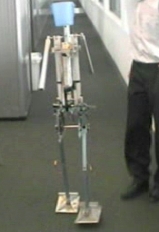 In the 18 February 2004 issue of Science, Collins et al. report a new finding with implications for the development of better humanoid robots. By extending gravitationally propelled bipedal passive-dynamic walkers first developed in the 1990s, and adding simple powered actuators and controllers, the team has been able to fashion robots with improved energy efficiency compared with conventional walking robots, which commonly require large amounts of energy and complex control mechanisms. The products of the new study were also captured in action on a number of video clips, posted on Science Online.

Control of the biotechnology involved in producing genetically modified crops is concentrated in the hands of a few multinational companies, in part because of the complex web of patents involved. A group at CAMBIA, the Center for the Application of Molecular Biology for International Agriculture in Australia, set out to untangle this web and make the technology more widely available by developing a work-around for a key enabling technology in plant biotechnology, Agrobacterium-mediated transformation. They found that other species of benign bacteria can be modified in a surprisingly simple way to do the same job, and the resulting gene transfer technology is to be made available on an ‚open source‘ basis as part of the recently launched BIOS initiative (Nature 431, 494, 2004).

Animals with rigid skeletons can rely on several mechanisms to simplify motor control – for example, they have skeletal joints that reduce the number of variables and degrees of freedom that need to be controlled. Here we show that when the octopus uses one of its long and highly flexible arms to transfer an object from one place to another, it employs a vertebrate-like strategy, temporarily reconfiguring its arm into a stiffened, articulated, quasi-jointed structure. This indicates that an articulated limb may provide an optimal solution for achieving precise, point-to-point movements. 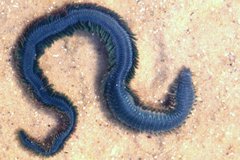 Until now, the analysis of burrowing mechanics has neglected the mechanical properties of impeding, muddy, cohesive sediments, which behave like elastic solids. Here we show that burrowers can progress through such sediments by using a mechanically efficient, previously unsuspected mechanism – crack propagation – in which an alternating ‚anchor‘ system of burrowing serves as a wedge to extend the crack-shaped burrow. The force required to propagate cracks through sediment in this way is relatively small: we find that the force exerted by the annelid worm Nereis virens in making and moving into such a burrow amounts to less than one-tenth of the force it needs to use against rigid aquarium walls. 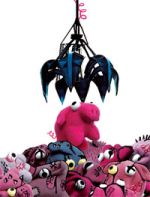 To become a professional antenna designer, you can follow one of two paths: you can enroll in college- and graduate-level courses on electromagnetism, immerse yourself in the empirical study of antenna shapes, and apprentice yourself to an established technician willing to impart the closely guarded secrets of the discipline. 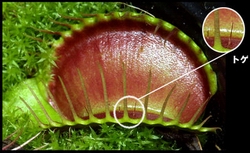 How the Venus flytrap snaps

The rapid closure of the Venus flytrap (Dionaea muscipula) leaf in about 100 ms is one of the fastest movements in the plant kingdom. This led Darwin to describe the plant as “one of the most wonderful in the world“. The trap closure is initiated by the mechanical stimulation of trigger hairs. Previous studies have focused on the biochemical response of the trigger hairs to stimuli and quantified the propagation of action potentials in the leaves. Here we complement these studies by considering the post-stimulation mechanical aspects of Venus flytrap closure. Using high-speed video imaging, non-invasive microscopy techniques and a simple theoretical model, we show that the fast closure of the trap results from a snap-buckling instability, the onset of which is controlled actively by the plant. Our study identifies an ingenious solution to scaling up movements in non-muscular engines and provides a general framework for understanding nastic motion in plants. 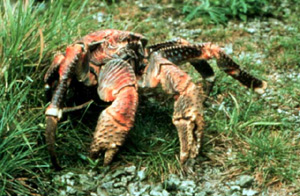