BIOKON – The History of Bionics

The History of Bionics

Flying like a bird, swimming like a fish or constructing like insects – the dream to be able to do these things is as old as mankind itself. Again and again, natural models inspired researchers to ideas for new inventions, from flying apparatuses based on nature’s models to roofs constructed like a spider’s web or seashell.

In Greek mythology, Daedalos made wings for his son Icarus and himself, modelled after the wings of birds to escape the tyrant Minos. During their escape, however, Icarus came too close to the sun and the wax, which glued the wings together, melted and the feathers came undone – Icarus plummeted into the sea. Although Daedalos’ notion was quite visionary for the later scientific discipline ‘bionics’, it was not its beginning. And we can learn something else from this myth: doing bionics does not mean copying nature.

Leornardo da Vinci (1452 – 1519) was a universal genius. He was an artist, philosopher, scientist and the first real bionic researcher. After studying the flight of birds, he wrote his classic opus ‘Sul vol degli uccelli’ already in 1505 and constructed flying apparatuses, helicopters, and parachutes. Alas, the time was not ready yet and prevented his ideas from being turned into real products.

Inspired by Leonardo, a Turkish savant, Hezarfen Ahmed Celebi (1609 – 1649), also studied the flight of birds and developed a flying apparatus, with which he took off from the Galata Tower in Istanbul, crossed the Bosporus, and landed in Uskudar. 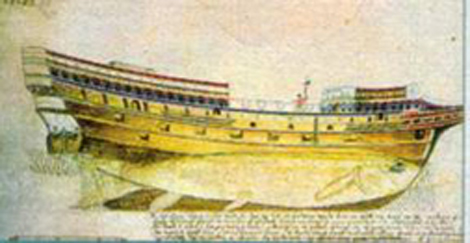 During the 16th century, England was busy quarreling with Spain over the supremacy on the oceans. In this situation, the Englishman Matthew Baker was inspired by nature in the field of ship building as early as 1590. Practical observation of nature gave him the idea of constructing a ship’s hull after the model of a cod’s head and a mackerel’s tail. This endowed the Baker galleon – named after its inventor – with an improved maneuverability and a reduction in drag.

Another bionic pioneer was Sir George Cayley (1773 – 1857), an English noble squire, who was dedicated to – as we would call it today – aviation physics. Back then, it was known as ‘aeronautics’. Cayley invented the first auto-stabilized flying model and developed the first efficient parachute. The model for his parachute was the common Jack-go-to-bed-at-noon (Tragopogon pratensis). He studied its fruit in 1829 and realized, why the fruit bodies float through the air in an auto-stabilized manner. The center of mass of these fruit bodies is very low and the carrying sail area is not flat but folded upward along the edge. With Cayley’s parachute, the center of mass is also very low and the canopy area is folded upward along the edge.

All of the bionic researchers mentioned so far were from the ‘old’ world. There were, however, also people in the ‘new’ world who took nature as an inspiration for their inventions. In 1868, Michael Kelly handed in an idea for a renowned patent. The problem is well-known: cattle do not stay put at a location but start to wander. Kelly took osage (Maclura pomifera) as a model for his patent. A surrounding hedge of this thorny bush is extremely suitable for keeping cattle at a spot. Therefore, Kelly used this natural principle, modelled it with wire and got a patent for his ‘thorny wire’. The production, however, was very expensive and two inventors named Glidden and Haish obtained a patent in 1874 for a slightly adapted and cheaper variation of Kelly’s wire and were subsequently said to be the inventors of barbed wire.

Otto Lilienthal, of course, should not be forgotten in this list of pioneers of bionics. He studied the flight of storks and produced the first successful flight apparatuses, which he already used during the years 1891 – 1896 for gliding flights. His book ‘Der Vogelflug als Grundlage der Fliegekunst’ of 1889 is undoubtedly a classic of bionic literature.

One day, Raoul Francé was confronted with the task of inoculating soil evenly with micro organisms. He tried various sprinklers and nebulizers, but finally ended up with a poppy seed capsule as a suitable model. After realizing this, Francé got his ‘new sprinkler’ patented in 1920 without any problem (German patent office, No. 723730). It was thus the first example of a bionic patent in Germany. 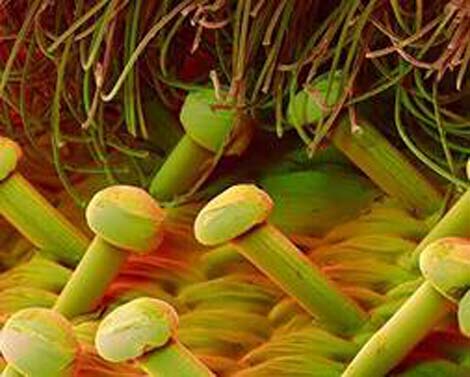 Probably the most widely-known ‘bionic product’ is recognized and utilized today by millions of people all over the world – Velcro®. It was in 1948 that the Swiss scientist Georges de Mestral discovered this principle of a fastening mechanism.Every time he returned from hunting, both, he and his dog, were covered with burrs. De Mestral analyzed the fastening mechanism of the burrs under a microscope and transferred their principle. This ‘invention of nature’ was patented by the name of Velcro®, derived from the French word velours = velvet and crochet = hook.

Since the 1950s, bionics has been steadily advancing. Further milestones were a symposium in the USA in 1960, where the term ‘bionics’ was introduced and in 1993, when the German term ‘Bionik’ was defined at a symposium of the German Association of Engineers (Verband Deutscher Ingenieure, VDI). The then leading people in the field of bionics defined it as ‘a scientific discipline, which deals with the technical implementation and application of constructional, processing, and developmental principles of biological systems’.